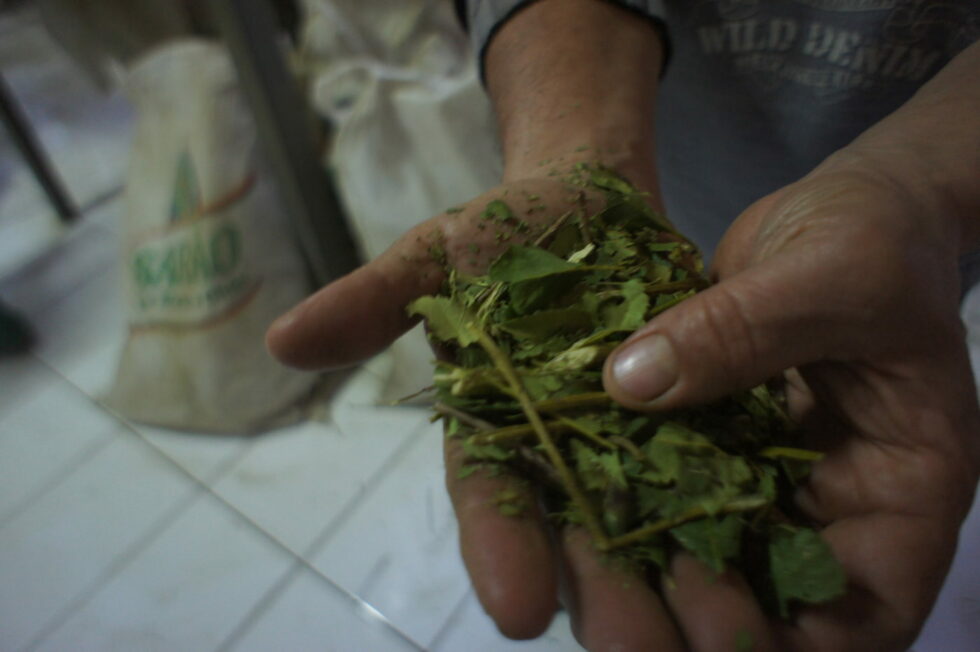 Although Meta Mate specialises in hand made mate coming from biodiverse forests, we do see the value of working hand and hand with the industry and value all technological innovations that add to the variety of mate production.

understand mate, this product perhaps lies on the other end of the spectrum when compared to the Moonshine Meta Mates. The latter is collected only seasonally in small quantities under the full moon from a biodiverse forest. The Cambona 4, on the other hand is collected throughout the year from plantatons consisting of a single species of mate and processed together in a factory in Machadinho (where the 23 is also milled and packed).

The town of Machadinho was founded in the 1950’s in the northern part of Rio Grande do Sul. Milk production and Soya are the two biggest industries with Mate production being the third. In the 1980’s Professor EvandroBarreto de Melowho spent a lot of time researching various cross-breeds of mate came up with the Cambona 4.

A mate that was mild in flavor (thus making it palatable for the masses without the addition of sugar), and more importantly for the farmers the plant was resistant and grew rapidly, thus increasing productivity in the region.

While many producers applaud the discovery of the Cambona 4 as a revolution in the Mate growing world, there are critics as well who warn of the threat of biodiversity for Mate if Cambona is taken to other producing regions as it’s rapid growth allows it to spread faster than other native trees.

In the 1990’s the production of the Cambona was regulated by a local Cooperative which went bankrupt and the Cambona proejct nearly died with this until Barao de Cotegipe stepped in 2012 and took over. Today 30% of the population is employed by Barao Erva Mate Ltda and the Cambona project is flourishing under a company that has its priority in Mate.

It is easiy to see the prosperity in the region due to the Cambona, with signs in front of every family property documenting the amount of Arrobas (15 kilos of fresh leeaves) annually and the price paid for these leaves.

Ther eare about 480 families who are registered in the Cambona Cooperative as growers and they profit from having a secure income. Barao guarentees to purchase all leaves that are collected.

Sr. Nego who has produced mate all his life (his grandfather used to make traditional Carijo Mate and then he joined the Cooperative), oversees the productions in Machadinho. He is proud to see his region prosper with the innovation of the Cambona.