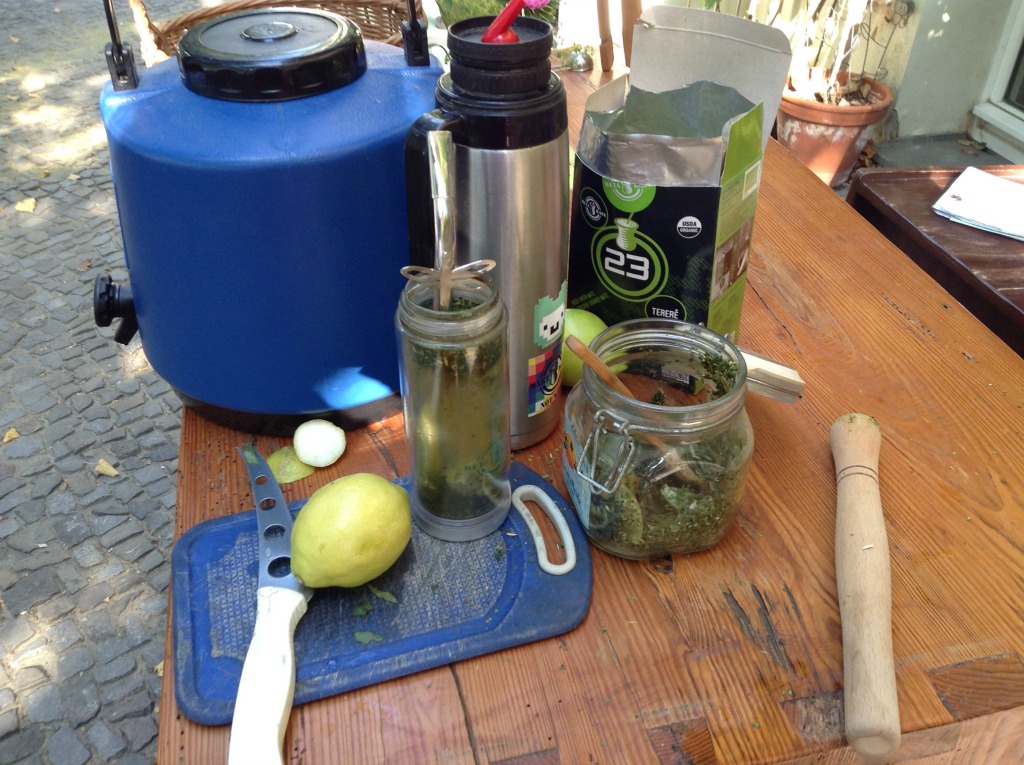 It was a Sunny Saturday afternoon for the Caffeine Hackathon put on by Meta Mate and Guarana Brause on September 10th 2016 and it spilled into a splendid evening with a community of hard core mate enthusiasts. Opening up with a mate circle, we were joined by Argentinean Mate Sommelier, Karla Lorenz, who ellaborated on the preparation and purpose of Mate, and Jens Ohlig made the link from the origins of mate to its integration in the Berlin and Hacker Scene.

The event proceeded in Barcamp style with breaking off into various groups for events like Food Hacking, Creating a mate databank, while others enjoyed the atmosphere outside mingling and mating. The highlight for many was a premiere tasting of Moonshot’s reincarnation of Mier, that will be launched sometime next year. There were 4 different options to try with a clear winner, but a strong second contendor. However, the show stealer for the evening was the presentation of the Mate.Limo collection of a Mate Hacker. It was a touching moment when we were handed over the bottles, and we hope to be able to give them an appropriate exhibition in the near future.

To receive more information about future Caffeine hackathons, sign up at : http://coffeinhackathon.com One of the food hacking delights were the delicious Mate Balls made by Christina & Raven with ground hazelnuts, bittersweet chocolate chips, grated coconut, orange peels, Agave, all rolled into balls and over powdered Mate