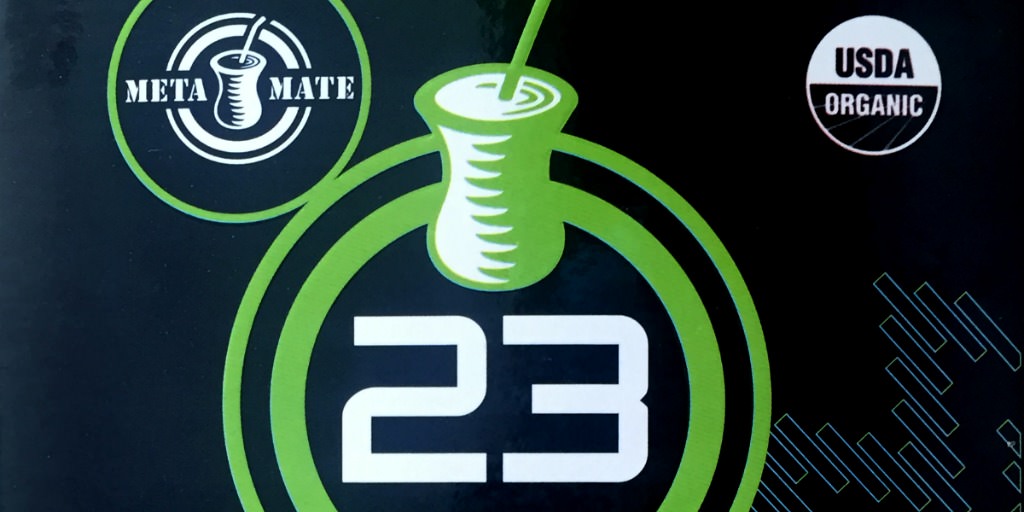 23 is an auspicious number that attracts synchronicity and is a code for those who believe there are no coincidences. It alludes to the revolution of 1923. 23, a synchronicity number alluding here the revolution for farmers autonomy

It is a difficult task to write about a number so complex as 23. My intentions are not to give an ulti-mate answer to the possible meanings, but to offer this blog as a collective contribution to understand how this number became a cult before Meta Mate 23, and hint at why we chose this name. There are 3 movies that focus on the content of 23, and it is seen in the internet as a code.

Our first contact with the number in the context of mate, was the Psalm 23, printed on the inner card , hidden inside the package of Barao Premium mate. A curious fact that it comes hidden, and not outside.

The meaning of the Psalm 23 „ O Senhor é meu Pastor, nada me faltará „ connects to the old Guarani saying from Caayari that the mate, for a honest tarefeiro will be light on the back and heavy on the scale, while for the crooked worker it will be the opposite, heavy on the back and light on the scale… That is very nice if one thinks of the extra amount of wood that might be carried to raise the weight of the arroba, would sooner or later worsen the reputation of this tarefeiro.

This messages in Barao Package and the saying from Caayari brings a positive and honest attitude just like the ones we get by drinking the mate. For the ones interested in the production and quality of Meta Mate. By naming this Meta Mate 23 we want to impregnate it with auspicious energies to attract positive resonances.  Beyond that, it allows the matero to contemplate upon the standards of autonomous honest mate production

In this way we want to immantate 23 with auspiscious energies to atract positive resonances. Beyond it is our intention to bring the autonomous honest mate producer standards to a reflection.

1923 was not a revolution for only the Mate Producers, but a fight from Maragatos against the Chimangos, who defended the central government’s coffee & milk policies. The strongest leader from the Maragato mate producers was Leonel Rocha from Palmeira das Missoes, and the main leader from all Maragatos was Assis Brasil, the same man whom the Bomba Assiss Brasil (also known as the 1000-holed Bomba) is named after.

Curiously, as in all 23 non-coincidences, is that in Bulgaria there was in the same year a Campesine revolution. And exactly in Bulgaria is where Meta Mate 23 and Meta Mate Dream Harvest makes the most impressive market infiltriation. In this country with the weakest economy in Europe, we find the strongest spiritual quality in mate culture we have seen, more is to learn about it!

The fight for the legalization of autonomous mate production and the fights for the rights of land are still going on in Brazil. We post in Portuguese at www.metamate.cc/am about our work to support the families Gehm, Tolloti and Drey by creating a non profit organization both in Brazil and in Germany.

A more or less entertaining way to describe in portuguese the meaning of 23 is on our blog report at http://metamate.cc/brasil/23-livro/,

One might try to find more about by googling about Maragatos e Chimangos, or the Revolucao de 23. But the more I research on the net or wikipedia themes in depth I feel that the best source is always the old style book reading. The best book source on the 23 and the ethno environmental situation around 23 Revolution are: „Ervateriros, Caboclos e Coroneis“ from Professora Lurdes G. Ardengui, second would be „ Revolução de 1923 „ from Arthur Ferreira Filho.